A View Towards the Future

Currently (circa 2016), human societies are in a state of disarray around the planet; many of these societies are in an apparent state of severe crisis engulfed in wars of aggression.  These disturbing developments have no simple explanations: the history of humanity cannot be summed by using some Star Wars-like analogy where it is simply a universal struggle between good and evil.  Usually, those who propose such a simplistic explanation conveniently find themselves on the side of the good and never consorting with “bad guys.”

Historic developments are shaped over time and ultimately reflect the internal struggle that confronts all individuals – the fragile and volatile nature of human consciousness as it navigates through the real world and attempts to make sense out of reality and find a suitable place within it.  This internal struggle involves the tenuous integration between two aspects of consciousness that are embedded within the architecture of the human brain – the lower brain that is the seat of the stark and explosive emotions and the upper brain that is the source of intelligence, the capacity to reason, the ability to analyze complex situations, the inclination towards love, compassion and harmony and ultimately the drive to find solutions and to progress.

Worldwide it appears that human societies are highly conflicted and that the apparent differences between peoples have been so magnified and amplified that violence and senseless aggression are commonplace.  This reality has, of course, been a common denominator throughout human history and is more the rule than the exception.

Overshadowing this unfortunate aspect of the human condition, however, is a far more ominous reality and that is the ineluctable unfolding of the consequences of climate change.  This should be the pivotal concern of the human species; for it will ultimately determine the survivability of humans on planet earth.

In my mind, the choice is clear.  Either humans begin to perceive themselves as individuals of the same species that spans all countries and continents and become determined to work together to salvage the natural environment we all depend upon or choose to remain mired in the differences we impose upon ourselves and others concerning religious, racial, ethnic, political and economic differences.

This choice will determine the future of humanity  No amount of wishful thinking or religious sentiment or allegiance to any particular economic or social system will temper the natural environment as human activity continues to upset the delicate balance that has permitted humanity to live and prosper for thousands of years.  To remain fractured by differences, to squander way too much precious conscious time within the restricted and confining prison of the lower brain is to consign future generations to a dark and ominous future.

Currently, the possibility that the human species will save itself through united action motivated by the desire to compromise, collaborate and find intelligent solutions to real world problems seems rather unlikely; we do seem to be hopelessly inclined towards petty and trivial pursuits, confined by oppressive and self-defeating belief systems and inured to violent aggression as a means to settle differences.

But, change is always possible even of the seemingly radical variety.  There are a multitude of voices in the world that constantly attempt to remind us of what we, as a species, are truly capable of if only we would awaken to the better aspects of ourselves.

I remain hopeful that we will collectively come to our senses and rediscover the majesty and magnificence of this place called home and will become enlivened to action and make this transient journey called life all that it can be for everyone.
Posted by Joseph Aprile at 8:25 AM No comments:

I would like to spend some time talking about the marvelous organ we all possess and reliably take for granted – the human brain.  On average the human brain weighs between 1300 and 1400 grams (about 3 pounds). 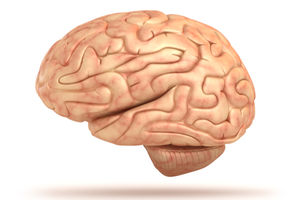 This marvel of neuronal circuitry.  possesses about 90 billion neurons – those remarkably specialized cells designed to carry information through electrical impulses.  It has been demonstrated that the brain consumes nearly a quarter of all the energy the body produces in order to keep it functioning.

It is within this organ that consciousness arose during the course of  human evolution.    This profoundly organized structure is the site where all our perceptions arise and is the origin of our personal identity and our personality.   This brain is the site not only of our often unruly emotions but also of all the elemental qualities that make us sentient beings – our intellect, our ability to reason, to learn, to think, to analyze the world around us, to problem solve, as well as our creativity and our judgment.  It is also the center of our moral and ethical universe.
My point is that this marvelous organ that we possess is capable of so much more than we seem able to utilize.  With this amazing organic wonder, we can certainly fashion a better and more sustainable world than the one we have created to date.  Collectively, we have done an abysmal job at fashioning viable and enduring habitats for the globally far flung members of our species.  Instead, we have allowed short-sited and often emotionally-charged visions of our world to dominate our thinking and shape our misguided perceptions as to what constitutes successful living.  We have allowed the darker elements of our psyche - embedded within the lower brain - such as fear, vanity, violence and greed to dominate our thinking and sculpt our existence.
We are quite capable of transforming the world of humans into one in which all people can prosper and develop into individuals that actively discover and realize their full capabilities and potential.  We are quite capable of creating a world where hunger and war and needless suffering are effectively eliminated and one in which the future holds promise for everyone.  We are quite capable of finally and irrevocably removing ourselves from the endless cycle of violence and retribution that we have endured for millennia.


Why we continue to fail so miserably at realizing what we already possess is a mystery that continues to haunt me and will most certainly pursue me to my grave.
Posted by Joseph Aprile at 6:40 PM No comments: