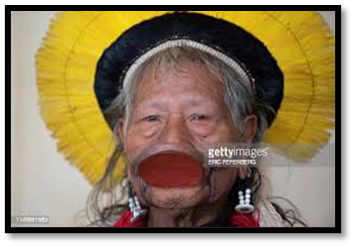 Chief Raoni Metuktire is the chief of the Kayapo people who populate a region of the Amazon forest.    It is this vast region in South America that represents a highly important resource that plays a central role in the stability of the global climate especially with the added threat of climate change that is a direct result of human activity.

The Amazon forest has been threatened for decades due to the unabated incursion of commercial development that has had a devastating impact on the the region – threatening the delicate ecological balance that sustains this natural system.  As a result, the livelihood, safety and security of the indigenous peoples that populate this region have been under continued assault.

Chief Raoni has been involved in the preservation of the remaining rain forest that is home to his people for decades and has repeatedly risked his own safety in the pursuit of this illusive goal.  Although there is no official record of his birth, it has been assumed that he was born around 1932 in a village called Krajmopyjakare, otherwise known as Kapot.  This village resides in the midst of he region referred to as the Mato Grosso in Brazil (see map below). 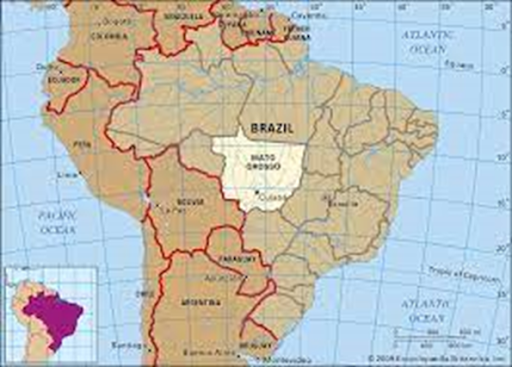 The Kayapo are a nomadic people; as a child he lived in many locations.  At the age of 15, Raoni participated in the rites of initiation as a warrior and wore a labret – an ornamental disk in their lower lip that was gradually replaced by larger disks an ultimately reached the current size after four months.

In 1954, Raoni met the Villas Broas brothers – Orlando, Claudio and Leonardi were Brazilian activists that drew attention to the plight of the indigenous people of Brazil and ultimately succeeded in getting the upper Xingu legally protected.  He stayed with them for a year, learned Portuguese and was greatly influenced by them.

It was in 1973 that Chief Raoni began a friendship with noted French film maker, Jean Pierre Dutilleux, that ultimately led to the release of a documentary film entitled Raoni that was presented at the 1977 Cannes festival.  This gave the Chief Raoni and the plight of his people worldwide exposure.

He used this exposure as an opportunity to expose the threat the deforestation posed on the rain forest ecosystem and the plight this posed to the indigenous populations of this region.

In 1989, Chief Raoni, enlisted the help of Sting, a popular British rock band to broadcast his message.  It was the first time he ever traveled beyond his homeland of Brazil.  The resulting impact of all these events aroused enough global support that a vast tropical reservation was create in 1993 that encompassed the Mato Grosso and Para states in Brazil.  In addition, Chief Raoni won the support of such notable individuals as French President, Mitterrand and the former French President Chirac, The king of Spain, Juan Carlos and Pope John Paul II.

Chief Raoni Metuktire remains a charismatic and influential leader in support of the indigenous peoples of the rain forest and an outspoken proponent of a sustainable planet.

Posted by Joseph Aprile at 10:52 AM No comments: