The Human World in Disarray

As the number of human beings populating planet earth continues to grow resulting in greater pressure placed upon the resources necessary to sustain twenty-first century human existence; as the climate of the earth is changing and deteriorating as a direct result of human activity and as human wealth continues to be concentrated in the hands of a very few of the world’s people, acts of irrational and crazed violence are growing at an alarming rate.

Living in the so-called, “developed world,” we have become accustomed to expect that life will provide us with a wide range of comforts and ever-expanding opportunities for enjoyment and fulfillment that is far in excess of the expectations of billions of our fellow humans.

Primarily due to the time and place of birth, vast numbers of our species are subjected to a life of constant turmoil, violence and hardship denied access to the essentials that we naturally take for granted.  Within the limited boundaries of such an existence lies a trying and shortened existence.

The peoples of the developed world choose to remain oblivious to the price their affluence is exacting upon those less fortunate by siphoning both wealth and resources from much of world.  Ironically, the most telling example of this is the fact that in order to sustain the lifestyle we have grown accustomed to we are producing an over-abundance of greenhouse gases that will ultimately negatively impact the entire human population regardless of place of origin or economic status.

Unfortunately, and tragically, all of this extreme suffering is unnecessary.  Life is a fleeting experience and one that should be cherished and appreciated.  Nonetheless it is all too often squandered in the myopic pursuit of self-interest at the expense of the common good.  We could live in a peaceful and harmonious world if only we could regard everyone as our equals and deserving of meaningful and fulfilling existence.  After all, there is certainly an abundance of intelligence, resourcefulness, creativity, ingenuity and skill within the human community to confront and overcome the problems that we all face as human beings on this most remarkable planet.
Posted by Joseph Aprile at 8:10 PM 1 comment:

A Plea for Sanity

I am deeply unsettled by events that are unfolding here and around this deeply troubled human world.  As a people, we seem to be gravitating towards a darker era of the nation’s past – a time when power was deeply entrenched within the domain of white males.  We seem to be revisiting a time when corporate power controlled all aspects of American life; when the central government played no role in regulating the influence, policies and reach of the powerful; when the natural environment was not considered in the formulation of public policy; when diverse opinions were regarded as essentially irrelevant; when civil rights and human rights had no place in the national discourse and when keeping the population as ignorant as possible - especially in the realm of science - was seen as a necessary tool of governance.

This new federal administration seems to be more than willing to engage in bigoted and demeaning speech and to offer credence to xenophobia through both words and divisive actions in a country that has been deeply enriched by a remarkable degree of diversity that serves us all well.

For the most powerful nation on the planet to move in such a direction in the 21st century is an astounding prospect and is very disturbing.
In the meantime, the striving of all of humanity is overshadowed by the indisputable reality of climate change dangerously accelerated by human activity that can only be countered by collective and sustained effort.  In spite of this reality, the humans on planet earth – our only home – remain mired in debilitating conflicts and seemingly endless struggles over politics, religion and economics.  As a result, a great many humans endure suffering often of the most extreme kind.

This is not the way it has to be.  As human beings, we are quite capable of so much more.  I know that we can create a world in which love, compassion, intelligence, reason, and generosity of spirit are the values that inform our politics and our behavior.
Posted by Joseph Aprile at 7:09 AM No comments: 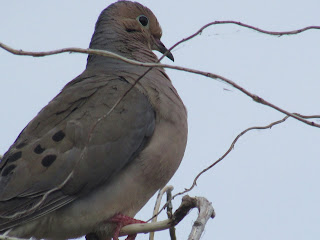 Will humans ever discard
incessant and ancient calls to hatred
subdue the chaotic winds of war
relentless stupidity of the lower brain.

Will humans ever awaken
to the essential joy of living
fall into the blissful and awaiting
embrace of love.

Will humans ever find release
within the fiery storm of consciousness
surrender at last to the reality of
death’s encompassing presence.

Will humans ever bury
the blighted harvest that only
greed can promise.

Will humans ever embrace
everyone as family
put an end
to all the needless suffering.

Will humans ever ascend
the golden staircase
into that terrain
enfolded by the sweet enveloping breath
of boundless peace.
Posted by Joseph Aprile at 10:48 AM No comments: