The Tragedy of Aleppo

While the American political scene is apparently preoccupied with the upcoming Presidential election, an enormous human tragedy has unfolded in the ancient city of Aleppo in Syria.  Some families living in Aleppo go back to well over one thousand years.

It is now the site of destruction of a horrific magnitude where hundreds of thousands of its residents are trapped with limited access to food, water and medicine as the city is under going a siege by Russian and Syrian government forces under the direction of President Bashar al-Assad.  The Syrian civil war has been raging since 2011 and in 2016 the United Nations determined that 13.5 million of the nation’s inhabitants were desperately in need of humanitarian assistance with about 6 million internally displaced and some 4.8 million refugees in other countries.  Worldwide, it is believed that there are currently over 60 million refugees who have been displaced from their countries of origin on account of conditions that make life apparently untenable. 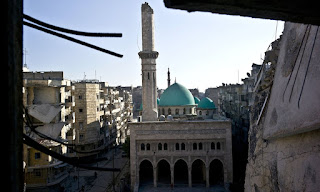 The social, economic, religious and political reasons for the violent upheaval taking place in Syria that has razed the city of Aleppo and ravaged its citizens are complex and multi-dimensional. This particular tragedy exposes the abysmal failure of the human kind to come to grips with its apparent inability to fashion a human world where the peaceful resolution of conflict is the preferred and necessary approach.

Given the nature of the human condition and the inherent limitations of the human architecture, imperfection and conflict will always be present.  The problem, however, lies within the way conflicts are resolved once they become a reality.  Human civilization has been extant for at least ten thousand years; yet, the lesson has not been learned regarding the absolute and abysmal failure of violence and war as an effective response to conflict.

With the looming threat of climate change beginning to overshadow any chance for an optimistic future for humanity, it has become imperative that we learn how to effectively cooperate with one another and learn quickly.  Far too many humans are suffering needlessly.  This suffering comes at an enormous cost to all of us.  The ongoing tragedy of Aleppo is, in fact, a tragedy for everyone as members of an allegedly sentient race of beings that have the good fortune to experience life on this remarkable planet.
Posted by Joseph Aprile at 9:16 AM No comments:

Malaria is one of the world’s deadliest diseases.  It is especially prevalent in the tropics.  The life cycle of the causative microbial parasite – members of the plasmodium genus i.e. Plasmodium vivax is complex involving the Anopheles mosquito as a vector (see images below).  The nature of the infection is such that it has eluded the development of an effective vaccine for many years. 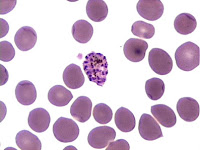 In light of this, it is quite surprising that Dr. Arnoldo Gabaldón, born in 1909, in Venezuela made a significant contribution to the understanding of this disease and its implications in regard to public health.
Gabaldón earned a doctorate in medical sciences at the Universidad Central de Venezuela. He continued his education internationally working in Hamburg and the United States at  the Rockefeller Foundation and ultimately received a doctorate from Johns Hopkins University in hygiene sciences with a specialty in protozoology. With this kind of medical background and expertise in infectious disease, he was asked to head the newly created Special Directorate of Malariology in his home country of Venezuela in 1936.  He held this post until 1950.
He successfully applied his understanding of the methodologies required to combat infectious disease to the rate and severity of malarial infection that gripped his country in the 1930s.  This included the emphasis on public hygiene and sanitation and the judicious application of anti-malarial drugs. His approach was so successful that mortality resulting from malarial infection was decreased significantly by 1944 and, more importantly, its control was seen as within reach.
This initial success was followed by an attempt to significantly reduce the Anopheles mosquito population.  For this purpose, the insecticide dichlorodiphenyltrichloroethane  (DDT) was used.  The historic data has revealed that “by 1950 the death rate from malaria in the country had been reduced to 9 per 100,000 inhabitants and was eradicated in an area of 132 000 km2. In 1955, 10 years after the program started the rate was lowered to 1 per 100 000 population and the eradicated area had increased to 305,414 km2.” On balance, it should be kept in mind that the discovery of the ecological burden posed by the use of DDT on the natural environment has effectively banned its application for many years.
Gabaldón is also credited with discovering a new species of malarial parasites and had focused a great deal of his efforts on further study of the Anopheles mosquito.  He was later appointed Minister of Health and Welfare between 1959 and 1964 in recognition of his premier understanding regarding issued of public health.  He died in September of 1990.


Arnoldo Gabaldón made a significant contribution to the principles and practices of public health around the area of infectious disease.  The example of his leadership has been emulated throughout the world and possibly has saved countless lives.
Posted by Joseph Aprile at 11:09 AM No comments: