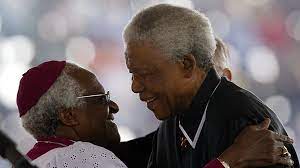 It is easy to arrive at a summary judgment in regard to an individual, familiar, or not, family member or stranger. It is facile, indeed, for any of us to believe that we have the categorical right to judge another human being on whatever evidence seems to be at hand whether directly experienced or purely anecdotal. It is far too tempting to reach a harsh and immobile conclusion in regard to another individual’s perceived character based upon the assumption that one has a complete understanding of what is right and what is wrong.

In truth, is anyone ever truly able to make a judgment without fully comprehending how reality is perceived through the eyes and mind of the individual being examined through such a myopic lens? Good and evil are terms used far too often with a false and misleading sense of certainty. Far too often, the pronouncement of evil is applied from the standpoint that the one(s) making this determination is decidedly good.

There are no absolutes in the context of human behavior. It is not possible to comprehend another human without seeing through the same eyes, co-existing within the same mind and understanding the cumulative impact of life experiences upon his or her view of the world. Those who are abused in childhood are more than likely to become abusers as adults. Mental Illness has many and myriad manifestations, and those who suffer from severe chemical imbalances within their brains, often exhibit erratic, irrational, and sometimes dangerous behavior. An historic example of this reality was that of Adolph Hitler who was ultimately determined to be a schizophrenic psychopath.

The best we can do and still remain true to the vagaries and vicissitudes of human nature is to judge the behavior and not the person. This is not to suggest that dangerous behavior that does harm to others can be ignored by the society at large; this is not to propose that the person guilty of crimes against his fellow humans is not to be held accountable for his or her actions. We cannot however, with any confidence, determine the inner-workings of another mind and come to any unambiguous assessment of that individual.

Paradoxically, we do have the capacity to condemn a behavior yet forgive the individual responsible for that behavior. Forgiveness is a recognition of the innate frailties of being human. Forgiveness can open the mind and heart, shattering the constraints that judgment imposes. Forgiveness can provide a gateway to the liberation of the spirit, for it lightens the burdens imposed by judgment and loss. Under certain circumstances, forgiveness seems impossible, yet it often becomes a necessary feature of acceptance and growth. Without forgiveness, reality becomes distorted and superimposed by a bleak world of black and white, devoid of color. Without forgiveness, the human world is destined to follow the trajectory that is an unavoidable consequence of violence and retribution. The path of forgiveness and reconciliation that South Africa took following the fall of apartheid under the guiding influence of Nelson Mandela and Desmond Tutu is an excellent example of the power of these actions in forging a more peaceful future.

Posted by Joseph Aprile at 6:54 AM No comments: