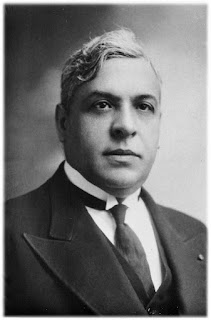 In 1940, Europe was at the very center of political turmoil created by the rising tide of Fascism from its epicenter in Germany. At this time, it became abundantly clear to many European Jews that their future survival was at stake. In order to protect themselves and their families from what they envisioned as a horrific future, many sought to flee from their homes and livelihoods. At that time, their options and possible escape routes were dwindling.

On November 9 -10, 1938 the State-sanctioned violent attacks of Jewish businesses and institutions perpetrated by the German SA – Sturmabteilung or Storm Detachment - paramilitary forces and civilians occurred throughout the country. It became known as the Kristallnacht – the Night of Broken Glass. This served as a sign to many European Jews of the existential nature of the threat to their lives and safety. On September 1, 1939, Germany invaded Poland. This act of aggression was the effective beginning of World War II and in June of 1940, Germany, Italy and Japan declared war upon Great Britain and France. On May 10 of 1940 German forces entered France and by June 25 of that year fully occupied the country,

One of the possible escape routes for those Jews attempting to flee from France was to obtain a Portuguese visa that would allow them to obtain safe passage through Spain to Lisbon. From Lisbon, they could then find refuge in other parts of the globe. Although Portugal officially proclaimed itself to be neutral in regard to the ensuing global conflict, the country was under the rule of a dictator, Antonio de Oliveira Salaza, who was, in fact, a Nazi sympathizer. Under his auspices a directive, Circular 14, was issued to all Portuguese diplomats stating that Jews, Russians and stateless persons would not be allowed to return to their countries of origin.

In spite of the prohibition against granting Portuguese visas to those wishing to flee from their Nazi oppressors, Aristides de Sousa Mendes, a Portuguese consul stationed in Bordeaux, France, chose to defy this order and freely granted visas to many thousands hoping to find safety in other parts of the world. In his own words, Mendes stated that, ““I would rather stand with God against Man than with Man against God.”

For this rebellious act, Mendes’ diplomatic status was revoked, and he was forbidden from practicing law. This punishment severely impacted the economic well-being of him and his family. As a result, the family was in such dire economic straits that an organization financed by the American Jewish Joint Distribution Committee fed the Mendes family in its soup kitchen.

Aristides de Sousa Mendes died on April 3rd, 1954 in dire poverty at the Franciscan Hospital in Lisbon. In spite of all the suffering he endured for acts of extreme bravery and courage in direct defiance of unspeakable evil, he proclaimed that, “I could not have acted otherwise, and I therefore accept all that has befallen me with love.”
Posted by Joseph Aprile at 5:41 PM